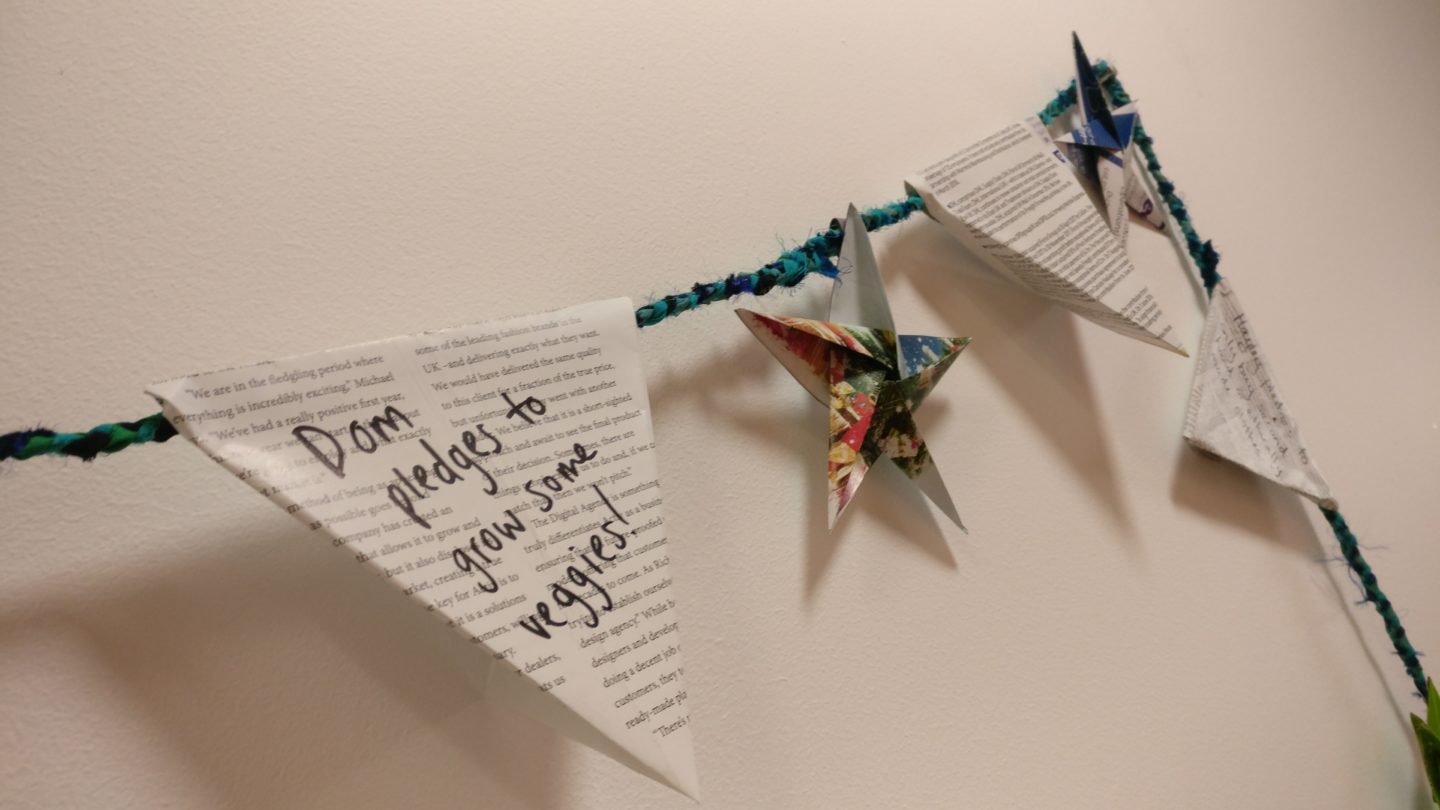 As we approach the end of 2018, it seems like a natural time to make some important changes. Here at Paper Round, we like to do things a little differently. This year we have signed up to DoNation, a campaign promoting healthier habits for people and planet. Its simple. Choose a campaign, pick a pledge, keep at it and report back!

At Paper Round HQ pledges include donating clothes, to taking the stairs instead of the lift.  Or washing at 30 and creating homemade gifts.

Once considered a ‘hippy’ trend is now a proven way to lead a healthier life - with a reduced risk of cancer and heart diseases and an easy way to reduce your carbon footprint.

In my journey to veganism, I researched some of the top benefits:

At the end of the campaign, we'll all be asked honestly how we thought it went, and whether or not we stuck to it! The aim is to make realistic changes over time, so even if we have a few days off that's okay.